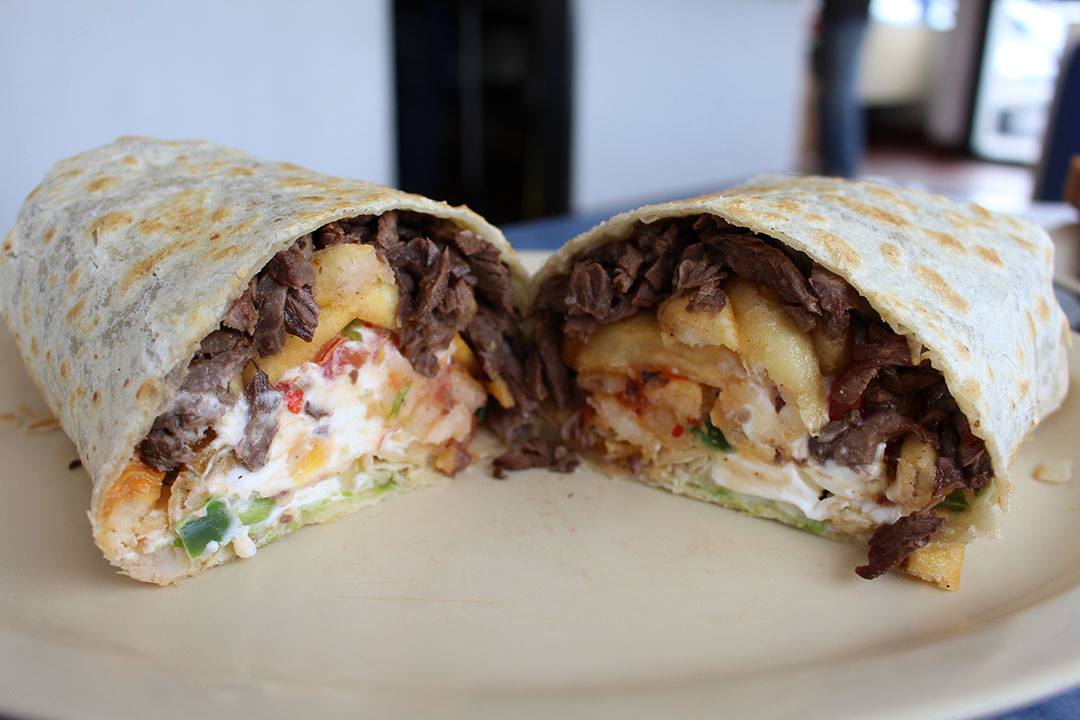 What is a California Burrito?

We can answer that.

What is a California Burrito?

Though burritos have Mexican origins, the California burrito is from San Diego. Even then, this staple food item is found all throughout SoCal as a fusion border food.

The burrito combines Mexican and American flavors in a unique way.

Like any burrito, California burritos feature meat (traditionally carne asada) and cheese in a warmed flour tortilla. However, instead of rice and beans, there are French fries.

Where Does It Come From?

Though it is not proven, the most widely accepted theory on its creation belongs to an unknown -berto’s shop.

Let’s back up a little. In San Diego, there were numerous taco shops that ended in -berto’s, such as Roberto’s, Alberto’s and Gualberto’s. These taco shops originated from the first Roberto’s taco shop, which was founded by Roberto Robledo in 1964.

Roberto’s friends and family opened their own taco shops but used variations of his original store with the -berto’s suffix. One of these places is thought to have made the first California burrito somewhere in the 1980s.

Who in the World Eats It?

California burritos are for anyone and everyone who wants it.

The burrito is most known for laid-back surfers and hungover partiers, but why stop there?

If you are looking for a cheesy, greasy burrito filled with fried potatoes and a mix of toppings, then you want this burrito.

George’s Burgers and the California Burrito

If the California burrito sounds like a must-have, then don’t wait! Order your burrito today from George’s Burgers.