The Fascinating History and Rise of Veggie Burgers

A Healthy Option in Comfort Food

We live in a great era where while junk food consumption is still at a high market; the trend of eating healthy and organic foods, headlined by veggie burgers, has been soaring rapidly. The healthy food market has also trended into fast-food restaurants, headlined. It is, indeed, a thing to go to a fast food place and see healthy choices like veggie burgers and salads along with your favorites like fries, hamburgers, and sandwiches. Mom and pop restaurants like George’s Burgers in Santa Monica love to emphasize on fresh, delicious foods and cater to the hungry, healthy eaters out there as well. There are two truthful things: We all want to improve our diets and the Veggie Burger has successfully integrated into American comfort food.

History Made in London

This healthy option was originally invented by a man named Gregory Sams in 1982. During the 70s and 80s, Gregory Sams and his brother Craig were all about the Vegetarian diet, having opened a vegetarian restaurant named “Seed” in London. The menu was inspired by Japanese cuisine and even admired by celebrities such as John Lennon and Yoko Ono. From that success, the brothers opened a health food company. When it started to struggle financially, Gregory went into his lab and concocted a vegetarian burger, which he named “The VegeBurger”, to save the company. The first “VegeBurger” used a recipe of sesame seeds, rolled oats, wheat protein, soy, onions and a dried tomato. First impressions were mixed, but the trend would catch on and would start flying off shelves.

It might be very common for people to be hesitant about the thought of a veggie burger. It’s not what a typical American would enjoy and it may not be “real food” for some too. Some fast-food restaurants may even try to disguise their veggie burgers as an All-American dish to appeal better to their customers. Vegetarian food has come a long way to get into the mainstream of the American diet. Back then, in the 70s and 80s, this type of food was never really looked at as an alternative to meat. All in all, it’s okay if you want to get yourself a veggie burger instead of a bacon burger or a cheeseburger. You might even like it. 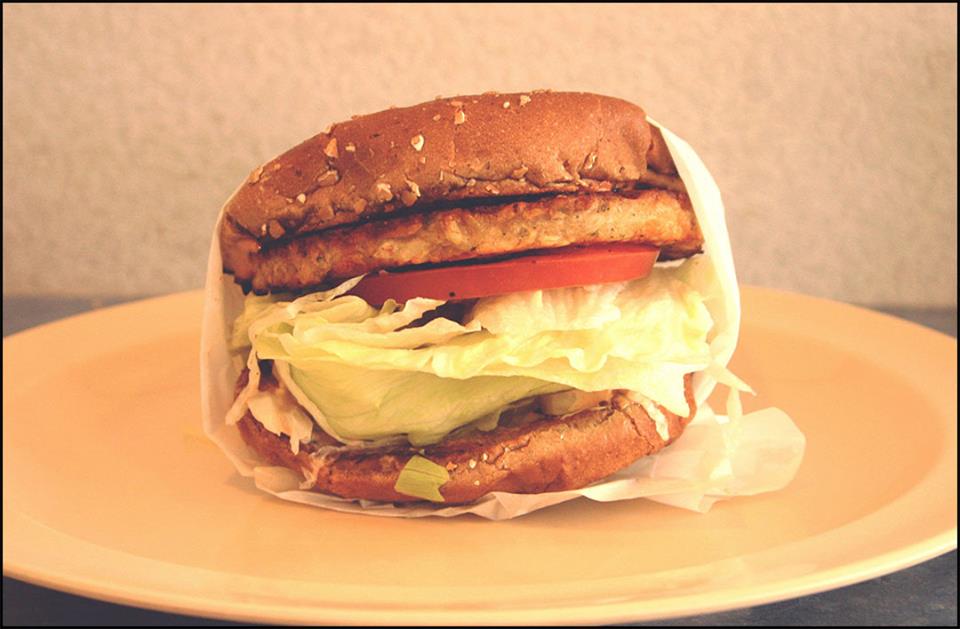 “The Garden Burger” is our version of this healthy entree, available on the George’s Burgers menu. Served with a grilled, whole wheat bun and a good amount of healthy ingredients and flavor. We would love for all our loyal customers and new ones to try our veggie burgers out for a light and pleasant lunch or dinner. Locate us at 3101 Lincoln Blvd. in Santa Monica, CA.