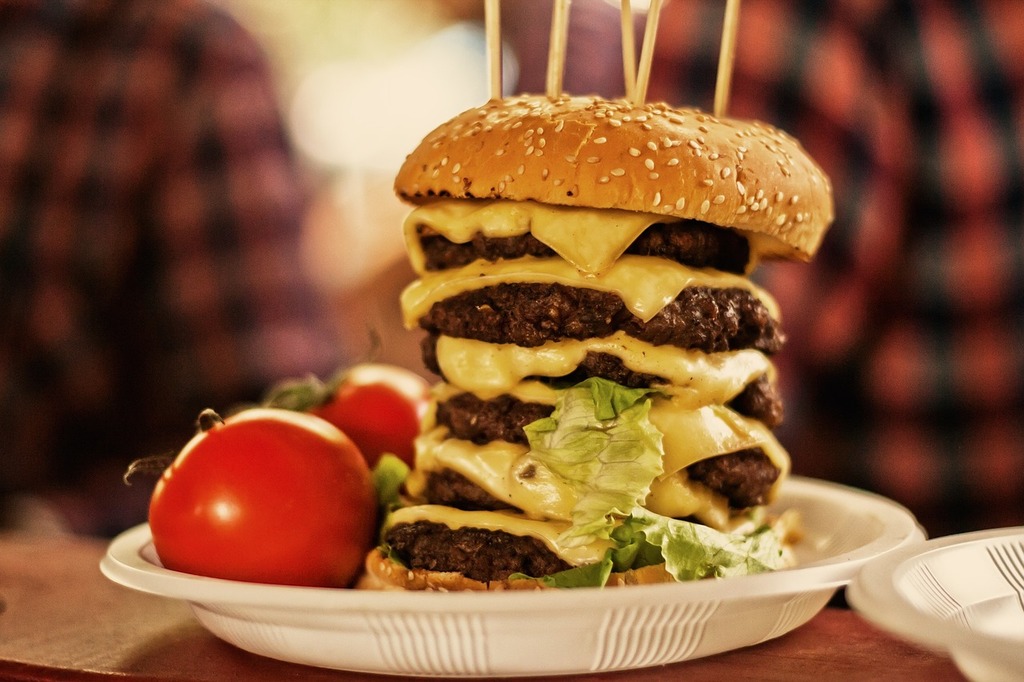 A burger is endlessly customizable. The number of patties, the condiments, the ingredients – all of those can change based on the restaurant. Some places serve burgers with eggs, with chili, with even peanut butter and bananas! We at George’s Burgers believe in doing simple things right, but that doesn’t stop us from being amazed at what others have come up with. If you are looking for good old fashioned delicious burgers, check out our menu here, but if you are looking for the craziest burger creations anywhere, look no further.

The Heart Attack Grill is famous for making fun of the fact that it has the most unhealthy food on the planet. This includes their notorious Octuple Bypass Burger, which can come with up to 40 slices of bacon across 8 different meat patties.

Towering into the sky, the Octuple Bypass Burger comes in at over 19,000 calories, which makes it the world’s unhealthiest burger. Fortunately, we are pretty sure no one has ever tried to actually finish it. 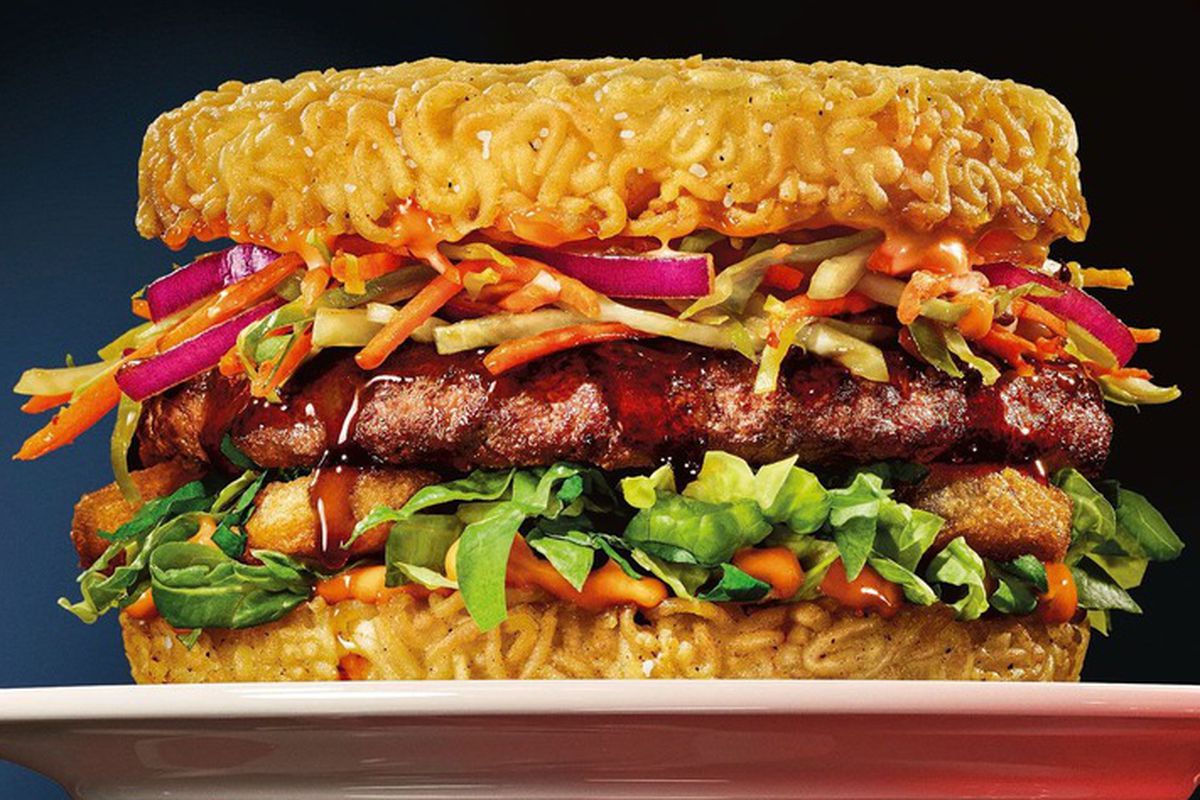 Ramen burgers are what happens when someone gets the idea to mix classic American junk food with the cheapest food known to man – ramen.

These burgers are pretty traditional except that instead of patties and condiments sandwiched between bread, they are put between two squares of ramen noodles. Some places grill the ramen (like grilling a bun) before bringing it out, but at the end of the day, you’re still eating a noodle covered patty, which is pretty bizarre. 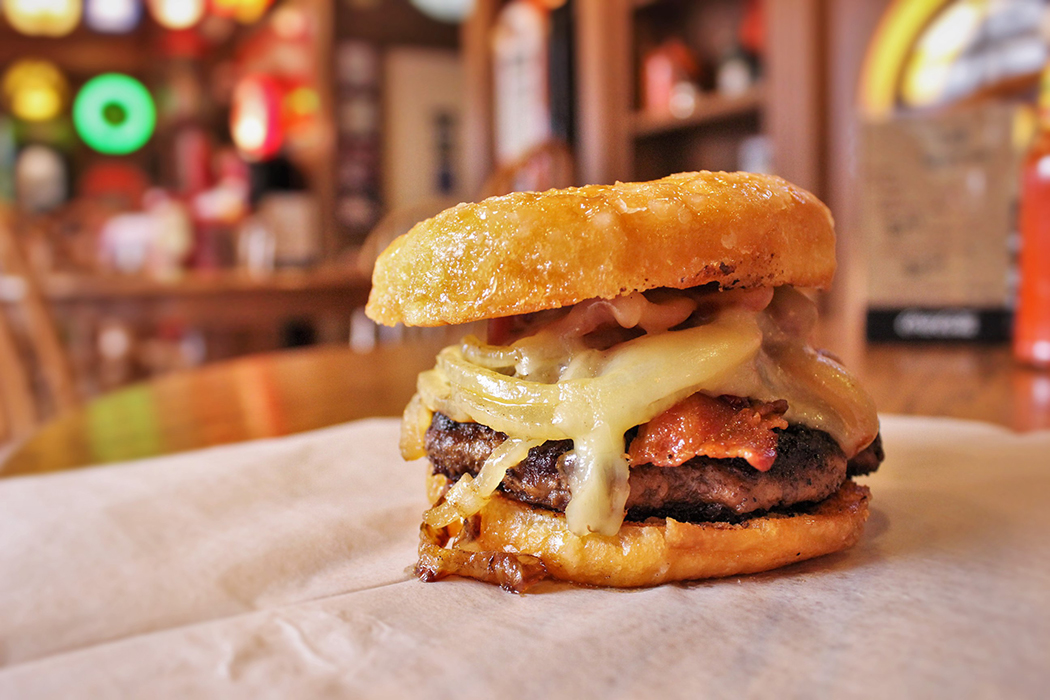 The donut burger could only have been created by the bizarre appetites of a pregnant woman or a very stoned person. It takes all of the traditional elements of burger and then substitutes a donut for a bun.

There are plenty of burgers that blend savory and sweet, but a glazed donut as a bun is a bit much. Still, some people seem to need more than just a donut and a burger. Many places don’t just cut a donut in half and use it as a bun, they use two entire donuts as the top and bottom bun. Talk about overkill. 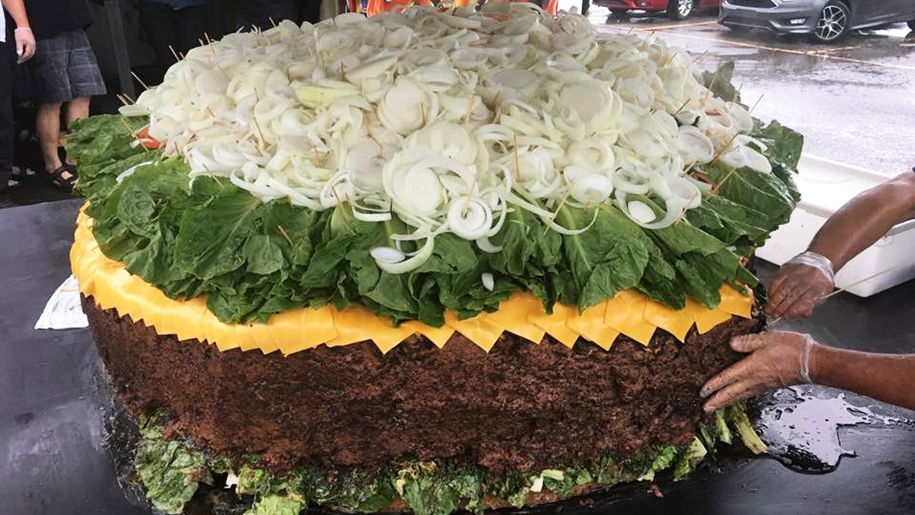 Sold out of Mallie’s Sports Grill & Bar, the world’s largest burger isn’t so much a meal as it is a spectacle. The colossal burger comes in at 1,794 pounds and has over 300 pounds of cheese, tomatoes, onions, pickles, and lettuce.

Like the Heart Attack Grill’s Octuple Bypass burger, you can actually order this burger, but you are also pretty unlikely to ever finish it. It will cost you nearly $8,000 and take three days to prepare, which seems about as crazy a burger idea as there is.